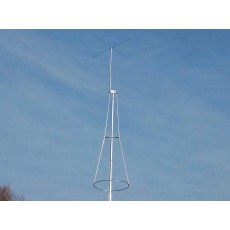 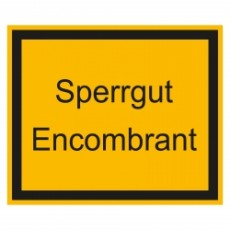 The Tagra BT-101 "Astroplane 2" is a technically improved version of the originally as Avanti AV-101 "Astroplane" launched special antenna, which radiates especially in the upper antenna area, thereby achieving a greater range.

The exceptional construction was already patented on November 29, 1968 by Herbert R. Blaese and Louis J. Martino in the USA (US Pat. No. US3587109A). The unusual antenna was advertised with the slogan: "Tests have shown that the Astro Plane out performs all leading CB omnidirectional antennas".

At that time, the US Federal Communication Commission (FCC) mandated a maximum allowable antenna height above the roof structure, which was a massive drawback for standard groundplane (GP) antennas. Their maximum current is at the bottom of the antenna at the feed point, which is why the maximum radiation is also at the bottom of the radiator and thus possibly destroyed in the surrounding buildings and trees unused. The Astroplane, however, radiates primarily in the upper 2 thirds of the antenna.

The "Astroplane" is a very special construction:

The antenna mast is part of the system and must be electrically conductive (no fiberglass) and have a minimum length of about 4 m. The antenna itself is a kind of "split folding dipole". The 50 Ohm feed takes place laterally at the level of the top of the mast (maximum current). Although the inventors have never specified a wavelength, the astroplane is usually referred to as lambda 3/4 antenna. This is because each of the two lower elements of the funnel is lambda-1/4 long and the upper part is also electrically a quarter-wave radiator with roof capacity (Tagra calls the BT-101 5/8 wavelength).

Tagra made numerous improvements to the design compared to the patent.

There are no reviews for this product.
Write a review
BadExcellent
Verification code *